I follow 64 tech blogs by French companies that share their learnings along the way. In the last six months, companies such as ManoMano, Stuart, Meilleurs Agents, Alan, Dailymotion and many others have documented their transition to remote work.

Here comes a recap of how French tech companies transitioned to remote work, their struggles, how they adapted their rituals, changed their communication channels and evolved their way of working. 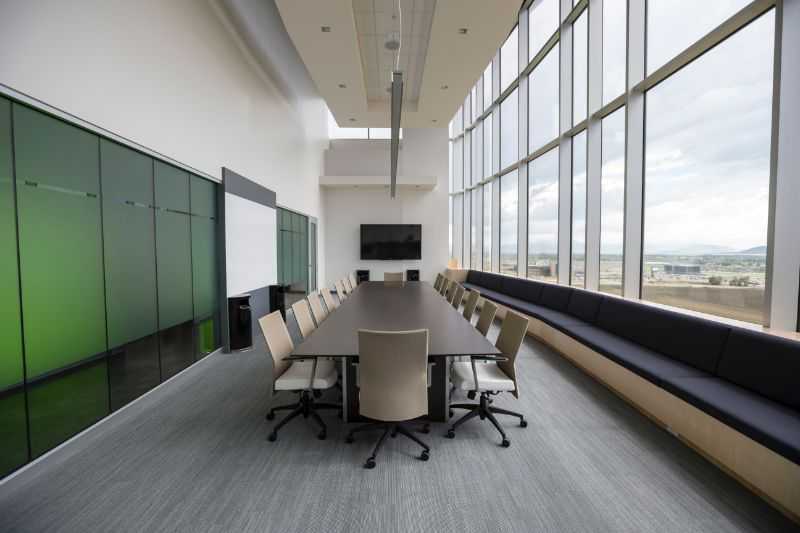 From Unsplash, by Benjamin Child

Remote Work in France before COVID was Rare

There are different levels of remote work. From allowing occasional remote work, to having some employees working remotely full time, to being a remote-first company and having no physical office.

I follow two French startups that have been remote since day one. Slite started in 2016 as a remote-first company without an office. In 2019, Slite’s founder shared 5 principles that any company can use to start working as a remote company.

Any company out there should work like a remote one, because it would solve most of its organizational challenges in advance.

Bearer is another remote-first company. Bearer’s co-founders Guillaume and Cédric are big advocates of remote work and often write about the advantages and challenges of remote work on their blog. Hiring is one of the advantages. When Bearer opened their first junior developer position, they got 900 applicants in 2 weeks.

In the last few years, it has also become common for French tech companies to open offices in multiple cities in France and abroad. In some cases, it has led to distributed teams. For example, when ManoMano announced in 2019 they were opening new offices in Bordeaux, Bastien decided to move away from Paris. He wrote an article about what switching to distributed teamwork felt like.

New coworkers joined us in Barcelona (which added yet another difficulty: English is now the default communication language for the team) and Bordeaux offices as well. So three fellow SRE (Site Reliability Engineers) started to work remotely as I was about to.

In March 2020, all French tech companies were forced to switch to remote work with only a couple days notice. Even for the best prepared tech companies, it was challenging. Dailymotion shared how they moved 300 people to full remote in 24 hours.

Dailymotion is not new to remote work. We already allow occasional, temporary, and in some cases, full remote. But this is like comparing casual swimming with crossing the Channel.

At Alan, a health-care startup, the transition to remote work has been facilitated by their existing written communication culture.

Since the beginning, the Alan decision-making process has been tightly coupled with two of our company values: radical transparency and distributed ownership. For example, anyone can open a Github issue to make a proposal and drive a change in an asynchronous and transparent way.

Tech teams often have weekly and daily meetings. Most development teams kept the same rituals that were held in the office, but adapted the communication channels. For example, Meilleurs Agents wrote a series of articles in French where the product team shares how they kept doing retrospectives, demos and usability tests remotely.

Vincent Ferrand, VP of Engineering at Deepki, shared how they transitioned to remote work in his article in French, Télétravailler ou comment gagner en stabilité dans un monde incertain. The physical Kanban board was replaced by a virtual one. Maintaining daily meetings and 1-on-1 with managers brought an important feeling of stability to the team. Instead of keeping bigger meetings remotely, challenged by internet connections, they tried to favour asynchronous work. As Vincent puts it, remote work can also be seen as an opportunity to work differently, and better. 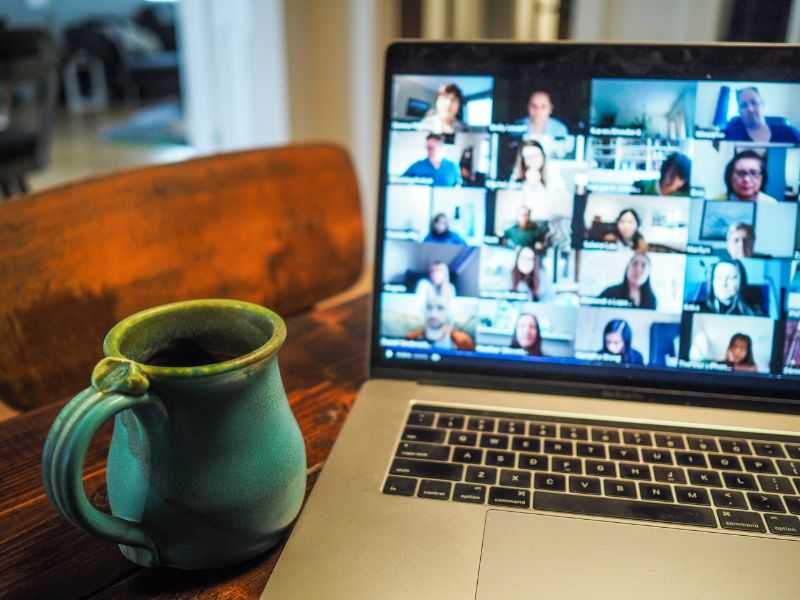 From Unsplash, by Chris Montgomery

Remote work is possible today thanks to the multitude of tools that allow us to communicate online and broad internet access. Tech teams moved their physical meetings to Google Meet, Zoom and Microsoft Teams. Those who still had a physical Kanban board migrated it to Trello and Jira. In a way, most developer teams were already used to written communication through pull requests in Github and Gitlab. Product teams started using tools like Miro for brainstorming. Knowledge base tools like Slite and Notion are easy to use for tech and non tech teams.

Bill Pond shared how it is to work from home at Dashlane, and which communication channel to use for each situation.

When a developer is stuck on a problem, it’s commonplace to set up a quick 5-10 minute meeting over a Zoom […]. If I just need a simple answer from a team member, I make sure to send them a Slack message. As for using emails to communicate, I personally only rely on them for important discussions that don’t need an immediate response.

If the conversation is complex and needs a lot of participants then it’s justifiable to make it synchronous and scheduled. Though it should be documented, and it may be possible to have it asynchronously too.

But tools are not enough by themselves. They require discipline, guidelines and good communication skills to succeed.

For Aurelien Vanhoucke, manager of a team of twenty developers at AXA, the hardest part of switching to remote work was the lack of proximity to his team. In his article in French, Manager confiné, comment ne pas finir manager con in fine, he shares some signals to pay attention while having a video call with a colleague to feel their state of mind. Are colleagues dressed properly, do they move nervously, get distracted, look tired?

Don’t miss out on the best tech articles of 2021. Join 700+ engineers that get a weekly digest from French tech blogs.

Online meetups can be more inclusive

In March 2020, many internal and external meetups were cancelled. After the initial shock, meetups were held online and in some cases, a positive side-effect came from it. Events became more inclusive by allowing people to join from anywhere. For example, 300 Criteo’s employees across 19 offices participated in their first online hackathon.

Being remote meant no real-time interactions unless we specifically decided to (through zoom). So, we had to be extra rigorous about the workshare, and find the right balance between “work time” and “sync time”.

Doctolib regularly organises meetups where anyone can join and contribute to open source in groups. Their last contribute meetup took place in Discord. Discord allowed them to create groups to work together and open pull requests to open-source projects in JavaScript and Ruby.

For Bearer, a remote-first company, meeting in person a few times a year is a great opportunity to fill the gaps of remote communication. Previously, the team met in France and Portugal but lately they could not take the risk to make all employees travel from different locations to meet in person. Instead of cancelling the offsite, they decided to experiment with a full-virtual offsite. They came up with all sorts of virtual activities: a hackathon, guest speakers, team meals and even a virtual escape game. 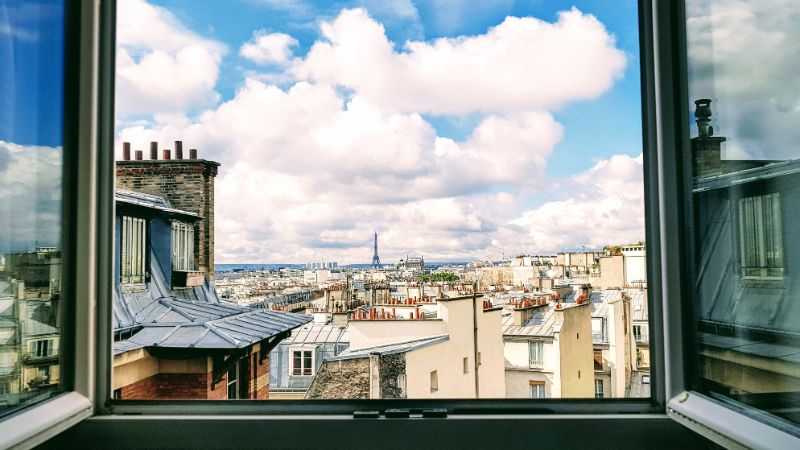 From Unsplash, by Isaiah Bekkers

I had the chance to experience working remotely before 2020. Last year I wrote about my personal challenges and benefits while working remotely. It was a gradual transition that required me and my team to adapt progressively. But moving one person remotely is not comparable to moving a whole country’s workforce.

At Stuart, remote work was initially accepted because the engineering team struggled to hire local talent. With time, what started as an alternative hiring solution became the norm, and most of the backend team was already working remotely before this year. But..

For [Stuart], working remotely during a lockdown was not the same as working full remote under normal circumstances. Some people were not used to doing it, some didn’t have a proper office setup at home, some others had kids around…

In his great article, A remote work love-hate relationship, Rafael shares his personal story with remote work at Stuart and how it evolved with time.

[My experience with remote work] started as a curiosity, turned to be a need and might become a way of getting the right work-life balance doing the same job that I love to do.

One of the initial selling points of remote work, is the lack of commute which can have a positive effect on life quality and the environment, but only if done properly. Christophe Pasquier compared the carbon footprint of a company where employees commute daily to the office and a remote company that travels often to gather physically.

For remote teams, how often and where you gather in person has a huge impact on your carbon footprint. To lower your CO2 emissions, simply locate your retreats close to your team gravity center. For us, Paris.

Are Developers in France Going Back to the Office?

I believe most tech companies will keep their offices. After the first lockdown, we saw many of them rushing back to the office. There are definitely a lot of positive things about meeting colleagues in person and getting out of home to work.

Some teams felt ready to make the move and become a “work from anywhere” company. They adapted their remote work policy as it can be seen seen in their job offers. For example, as stated in this Software Engineer offer from Alan developers can choose where they work from: onsite, full-remote, or a mix of both.

Some developers dream of leaving Paris. At the same time, international talent will keep coming to work in France, attracted by the quality of life and the multicultural atmosphere of Paris. Lately, I have seen more articles on this topic, like this engineer who documented his journey from Silicon Valley to Paris to work for Voodoo.

Don’t miss out on the best tech articles of 2021. Join 700+ engineers that get a weekly digest from French tech blogs.

You can access 120+ organization articles about how French tech teams manage projects, go beyond Agile and reinvent the future of work.