In 2020, I subscribed to the RSS feeds of 67 tech blogs by French companies. I collected more than one thousand articles. I manually filtered out promotional-only articles and entry-level tutorials. Every week I featured the best articles on a newsletter. Here comes a sample of the best technical articles I read this year.

A good technical article packs months of learnings at work, contains original ideas, it’s well written and it’s celebrated by its peers. Apart from my experience as a technical writer and data engineer, I took into consideration claps on Medium (85% of the blogs are hosted on Medium), and shares on social media.

Let’s review what French tech teams wrote about in 2020 organized by category. 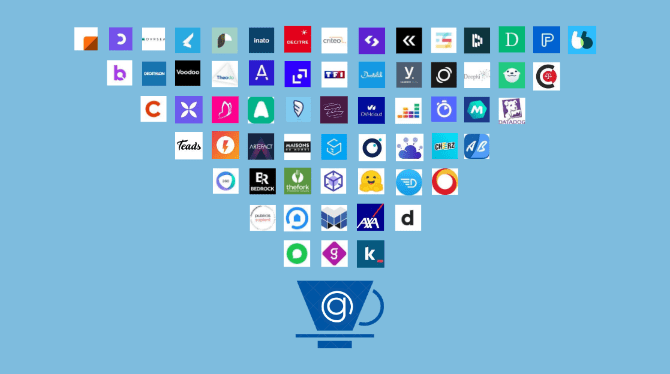 How to Organize Engineering and Product Teams

The most popular articles of 2020 were written by C-level management about their engineering and product organization.

Qonto’s CTO (now CPO) wrote about reintroducing engineering thinking in the development world with a technical dive-in, a mandatory phase that consists of using the pen before coding. Dailymotion hacked its feature team project model to shorten time to market. The COO takes an inside look at Dailymotion’s organization transformation three years after implementing a Spotify-like model. Then, leboncoin’s CTO shared how they combine the Spotify-model with leboncoin’s TOO (Travail d’Organisation Ouvert) model.

Qonto’s CEO co-wrote a series of three product development articles starting with what makes great product managers: the case for learning. Meilleurs Agents VP of Product wrote an article in French about how they build the company roadmap with objectives and key results after three years of trials, errors and success. The VP of Engineering at Deepki wrote multiple articles in French about the importance of retrospectives and daily catch up meetings. ManoMano published the making of a product-centric organization, with key takeaways from a 3-year journey.

Doctolib wrote about the two kinds of tech scoping, the thorough and robust during normal times and the frugal and agile to respond to a pandemic. Nicolas from Open Classrooms shared how to manage a tech team as a servant leader. Finally, two engineers at Alan shared how every engineer is a tech lead and how they adapted the notion of appetite from Basecamp.

A popular topic in 2020 was how to improve your pull requests (PR). To pick just one article, you can read Solen’s article to learn to like pull requests at 360Learning’s tech blog.

Nicolas from Younited Credit shared his philosophy of technical debt management and how a refactoring a day may keep the redesign away. Later this year, Mélanie from Doctolib shared how to refactor critical code with heavy usage in production with scoped PRs and targetted rollouts.

Jerome from Algolia shared his principles to write testable, usable and extendable code. Benjamin from AXA replied with an article in French to remind us of some of the pitfalls of optimizing our code too much: Les symptômes de l’over-engineering.

Don’t miss out on the best articles of 2021. Join 700+ engineers that get a weekly digest from French tech blogs.

French tech teams published more than one hundred articles about frontend and backend development. Here come some of the most advanced ones.

Julio from Sqreen shared how they built a dynamic instrumentation agent for Go to detect and block security issues inside Go applications without any code modification. Cédric from Bearer shared how they use Rust and Envoy to monitor 30k API calls/min. Datadog shared how they created a statistical profiler in Python.

Vincent from Voodoo continued his series about Node.js with lots of ways to block your Event-loop (and how to avoid it). Jose from Dashlane wrote about implementing NodeJS HTTP graceful shutdown, and how they fixed an issue with their zero-downtime code deployment. Qonto started a series of articles detailing how to scale a bank, implement the SWIFT architecture and localize IBANs.

Teads tech blog is known for their in-depth articles, like generating UUIDs at scale on the Web which got claps from more than one hundred readers on Medium. Another popular frontend article about the challenges and strategy to migrate a legacy frontend to NextJS was published at leboncoin’s tech blog.

Making machine learning part of your product is hard. A few teams wrote about how they managed to do it.

ManoMano data team wrote several popular articles, like applying product categorization: a classical machine learning problem for a difficult e-commerce task. Adevinta shared how they use machine learning to impact the user experience by detecting the brand, model, and other attributes from a car image. Decathlon used computer vision to identify sports in an image, deployed smile detection models and open-sourced their DecaVision library to train image classifiers with Google’s free TPUs.

BlaBlaCar migrated its user action service from MySQL to the Google cloud with Bigtable. Botify killed a microservice. After having split their Django monolith by moving the authentication logic to a microservice in Node.js, they decided to go back to the monolith.

Several teams shared their experience with Kubernetes, like Bedrock who’s been running Kubernetes on production for three years on AWS with a mix of on-demand and spot instances. GitOps adoption is also rising with tools such as ArgoCD, used at Qonto to deploy a full environment composed of ~100 containers in around 3 minutes for each feature branch.

OVHcloud’s SRE team shared how they selfheal web hosting infrastructure, including hardware failures and software problems with an agent running on local nodes. They also open-sourced The Bastion, much more than a SSH gateway.

I have no practical experience with mobile development, but I still read every article to be sure I feature the best on the newsletter. Correct me if I am wrong but here are some articles worth reading for mobile developers.

BackMarket started the year with their article about how to power-up your Gradle build files with Kotlin. Yevhenii from 360Learning shared how they use Kotlin Multiplatform to bring consistency to their Android and iOS apps.

Deezer added support for voice commands with SiriKit for their iOS app and wrote about the benefits of having private Android libraries. Dashlane rewrote its iOS app and BlaBlaCar added dark mode to their iOS app by adapting their design system.

I am looking forward to following French tech teams in 2021. You can join me and 700+ curious software engineers that get a weekly digest from French tech blogs.